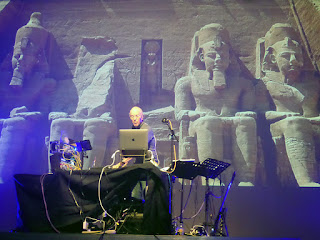 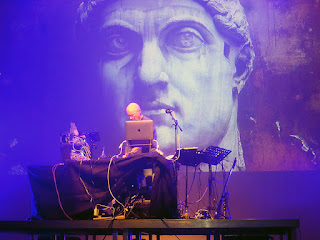 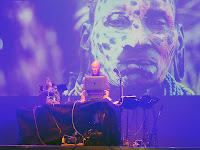 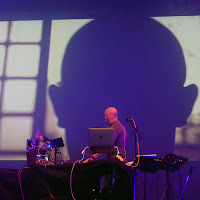 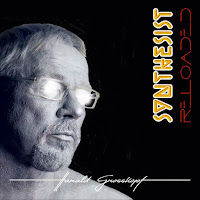 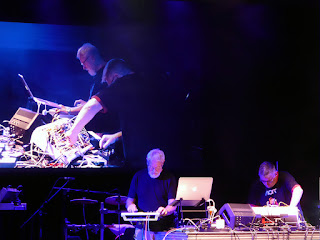 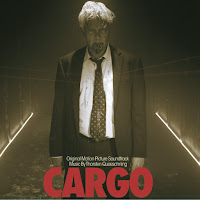 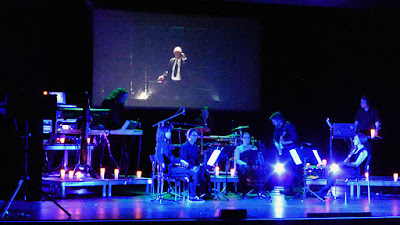 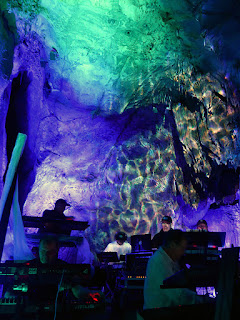 Is it good to be good? Reflections on “Devotion”


This year, Hans-Joachim Roedelius had decided to dedicate the 15th edition of his festival More Ohr Less to the concept of devotion (Hingabe). The following are my reflections inspired by this theme, that Achim allowed me to share with the public at the opening of the festival. A longer version was available on location in pocket-size for festival-goers. 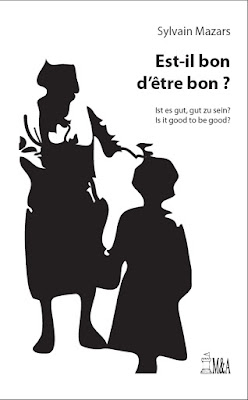 What is devotion? A disposition of the mind. An effort out of oneself. We can devote ourselves to a task, to a cause, to the others. He who devotes himself seems sympathetic because he doesn't hesitate to sacrifice his own interest. Devotion also implies altruism and commitment. That's quite something.
However, that's not all. Do we value devotion whatsoever? Every day brings lots of injunctions to commitment: “Find a cause and devote all your efforts to it”, as if it was an exercise of personal moral hygiene, without consideration for the object of commitment. After all, one can devote oneself to sad passions, to guilty interests. The object of devotion matters.
Nonetheless, we spontaneously value this disposition of the mind as such. We link it with altruism, we oppose it to egoism. And we teach it to our children: “Don't think only of yourself!”

Do we know why, though? Why is devotion good? Why is altruism better than selfishness? Why is it good to be good? It seems obvious to us: “How can you ask such a question?” Well, nothing is ever obvious. Obviousness is always grounded in something else: intellectual premises, anthropological postulates, prejudices. Are we so sure that our current prejudices reinforce devotion? Or do we see ourselves as free from prejudice?


In the early 20th century, in his book War in the Air (1908), H.G. Wells deplored the emergence at the time of a new type of individual, impervious to devotion, but also devoid of loyalty, honor and courage.
“Bert Smallways (...) thought the whole duty of man was to be smarter than his fellows, get his hands, as he put it, “on the dibs,” and have a good time. (...) He was a mere aggressive and acquisitive individual with no sense of the State, no habitual loyalty, no devotion, no code of honour, no code even of courage.”

Machiavelli (1469-1527) may be the forerunner of this state of mind. Despairing of the disorder in Italy in his time, Machiavelli attributed all the harm to the deleterious influence of Christian religion on political life. To the maxims of morality, he then contrasted his famous Machiavellian maxims, which shock us so much today. He wanted to destroy obstacles to action, to fight the inertia of good, because “nothing hinders action more than the idea of good action” (Pierre Manent). By this shift from the imperative to the indicative, or rather, by this promotion of the indicative as the new imperative: “do what you cannot avoid doing” (Pierre Manent), Machiavelli can be considered as the first modern thinker, even as the first revolutionary thinker. Long before Marx, he made necessity the measure of moral good.

This anthropological pessimism – man is evil by nature – is the great premise of liberalism. Rather than trying to change people, which was the purpose of religion, Liberals try to take them as they are, and to rethink society accordingly.

For liberals, it's a matter of subjecting the right to the fact, “ought” to “is”. They want to take advantage of the vices of humans to build a virtuous society. This is the theme of the invisible hand, which will transform private vices into public benefits. Here we find the credo of capitalism: we should not fight selfishness, we should encourage it, because if everyone is free to indulge his or her own interest, if everyone is free to get rich without hindrance, then the resulting wealth will inevitably benefit everyone.


Obviously, liberal society reaches its optimum only if everyone plays the game, which means, if everyone is selfish. It's therefore necessary to convince those who would still feel restrained by morality and decency to give them up. The argument then consists in assimilating altruism to a kind of selfishness. If even altruism is a particular case of egoism, what right do we have to lecture scoundrels on morality?

We recognize here the philosophy of suspicion initiated by Machiavelli. Behind the good, always suspect evil. Behind an apparent solicitude, always suspect shameful interests. Goodness is only an illusion; evil is all that is real. Later, Montesquieu, Nietzsche and Freud contributed to this philosophy of suspicion. Let us simply point out its total coherence with the anthropological pessimism of liberalism. If man is evil by nature, then every good action must necessarily hide some bad intention.

Science has been widely mobilized to support this claim. Charles Darwin, in proclaiming the struggle for life, is part of this way of thinking. According to him, primordial selfishness not only explains the origin of societies, but that of all living things. Man is no longer that sacred creature which religion seeks to amend by a divine law (the imperative). He is an evolved ape, and therefore his law can only be that of the other animals; the law of nature, taken here in the sense of physical nature, that is to say the law of the jungle: which is to “do what you cannot avoid doing” (the indicative).
Alfred Wallace, true inventor of what we now call Darwinism, was the first who tried to explain the persistence of altruism in human societies, a real anomaly in a theory that makes survival the exclusive purpose of life. According to Wallace, if individuals may well be altruistic, it's only for the benefit of groups that remain selfish. Groups practicing altruism, mutual aid, teamwork, would eventually supplant all others; mild euphemism for “eliminate”. And so within the frame of the struggle for life theory, we move from the idea of a struggle of individuals to the idea of a struggle of races. A fertile idea, that would only take a few decades to become genocidal.
Strangely enough, although we know the bloody consequences of these theories, they continue to flourish regularly. One of our contemporaries, Richard Dawkins, reduces altruism to selfishness of the gene, instead of selfishness of the group. According to his “selfish gene” theory, we humans are supposed to be nothing more than machines, mortal carriers of immortal genes. Whenever we believe we are acting out of altruism, we are in fact unknowingly driven by our genes, which selfishly ensure their own reproduction. But what distinguishes this purely speculative theory, with no scientific foundation whatsoever, from ancient Greeks’ belief of being mere mortals, mere toys in the hands of the Gods and their passions?
The psychoanalytic theory is based on the same principle. All that we believed was due to our innermost freedom can ultimately be reduced to a poorly resolved infantile complex.

In any case, altruism is only an illusion; devotion, a hypocrisy. This is the portrait we can now draw of a devoted person. You name it: a fanatic, a hypocrite, an ape, a machine, an inhibited; a portrait that owes everything to widespread ideas. In 1930, an Austrian author, Robert Musil, exposed all these ideas in his novel, The Man Without Qualities. Musil denounces “scientific thinking’s curious preference for mechanical, statistical, material explanations that have, as it were, the heart cut out of them. Regarding goodness as only a particular form of egoism; relating emotions to internal secretions; asserting that man is eight or nine tenths water; explaining the character’s celebrated moral freedom as an automatically evolved philosophical appendix of free trade; reducing beauty to a matter of good digestion and well-developed fat-tissue; reducing procreation and suicide to annual curves, showing what seems to be the result of absolute free will as a matter of compulsion.”

Now it's clear that the answer to the question I asked earlier, “Why is devotion good?”, is far from being obvious. As I said, we spontaneously appreciate altruistic people more than egoists. And yet, just as spontaneously, we don’t really believe in altruism, since we see it as an illusion, if not a great evil.

Accustomed as we are to think according to the prejudices of the market, we have forgotten that gift and counter-gift have been the principal mode of exchange for the greater part of the human history. On the other hand, if you claim it today, you will most likely be accused of naively believing in the “free gift”. This terminology is already that of the market: where “free” means “zero cost”. You will be answered that nothing is really for free. You will be told, for example, that a “free gift” is only a social strategy to gain prestige or to make friends: altruism is false. Worse: a “free gift” is immoral. It's dumping, it's unfair competition: altruism is bad.

Frankly, spontaneous dedication seems suspicious to us. We more readily trust a helpful person if we can first identify what he or she is gaining in return. Is any behavior of any of our fellow human beings motivated only by a calculation in terms of costs and benefits?


Everyone knows deep down that it’s a noble act to die for someone else. Self-sacrifice for freedom, for equality, for human rights, is a noble act. But if the supreme criterion of good comes down to my own survival and my immediate well-being, then it’s an insane act. And yet, there can be no freedom, no equality, no human rights without such acts. Without them, the first tyrant determined to take away your freedom will succeed without a fight, because he can count on your passivity. After all, if I can survive and carry on quietly with my own petty things, why would I care under which regime?
Easy prey that who only seeks to survive, pursue pleasures, avoid suffering, even at the cost of shame.
The man with no loyalty, no devotion, no honor, no courage, whose sole purpose is to “have a good time” and to play his cards right: we recognize here the man denounced by H.G. Wells. We also recognize ourselves.

Indeed, we always cherish the idea of good, we always cherish morality, right and freedom, but what do they matter to us if we simultaneously assert such prejudices:
— Humans are harmful. They’re the worst animals. They make war, they destroy the environment. If we see human as unworthy, why endow them with rights, then?
— Humans are nothing special. They’re just evolved apes, and share 99% of their DNA with their chimp cousins. If humans are nothing more than animals, then why not treat them like animals? Let us not think we are dealing with vague and distant dangers. These ideas have already produced their effects. All the leading figures of late nineteenth century biology were logically led by their theories to adhere to the eugenic and racial hygiene measures that were in vogue in their days. And our own beliefs aren't so far from theirs.
— Humans are not really free. Just as we value altruism without really believing in it, we love freedom without really believing in it. Free will is an illusion. All our decisions are the result of a combination of genetic and environmental factors, and only our ignorance pushes us to believe them free. Genes, hormones, the unconscious, our social group, are as many deterministic concepts used by biology, medicine, psychoanalysis, sociology to oppose our illusory freedom. Then again, if humans are not free, why still worry about good and evil? Evil is inconceivable if we “do what we cannot avoid doing”.
— Humans are pure matter, pure clusters of cells. They have no soul. Even their thoughts are only a complex combination of physicochemical processes.
However, if humans are things, then human rights are meaningless.
If humans are things, we should not be surprised if they end up being treated as such. Again. 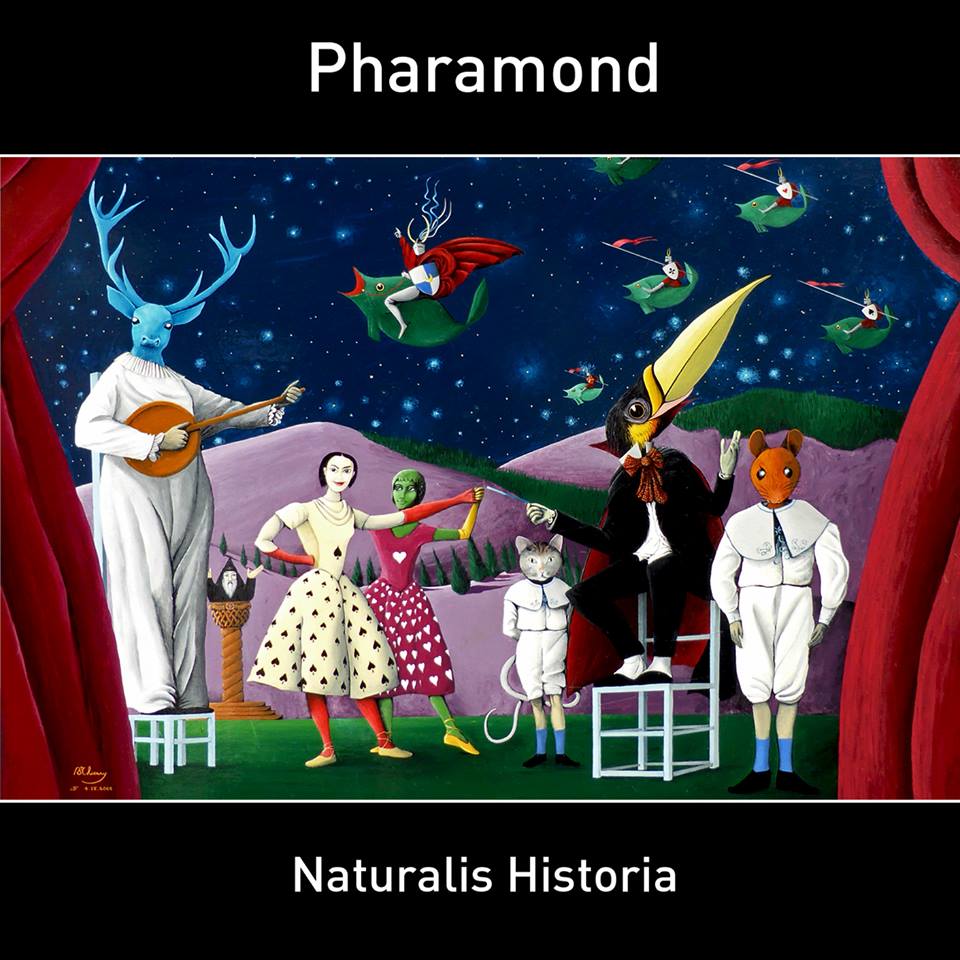 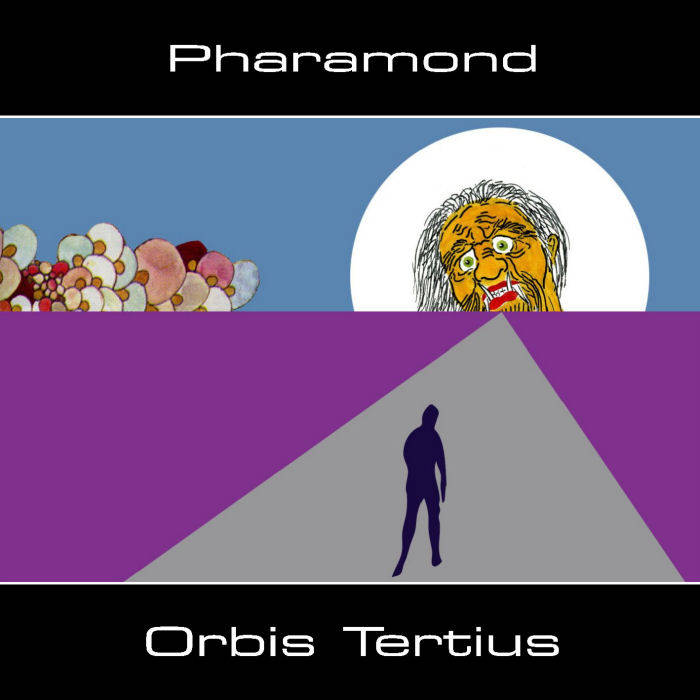